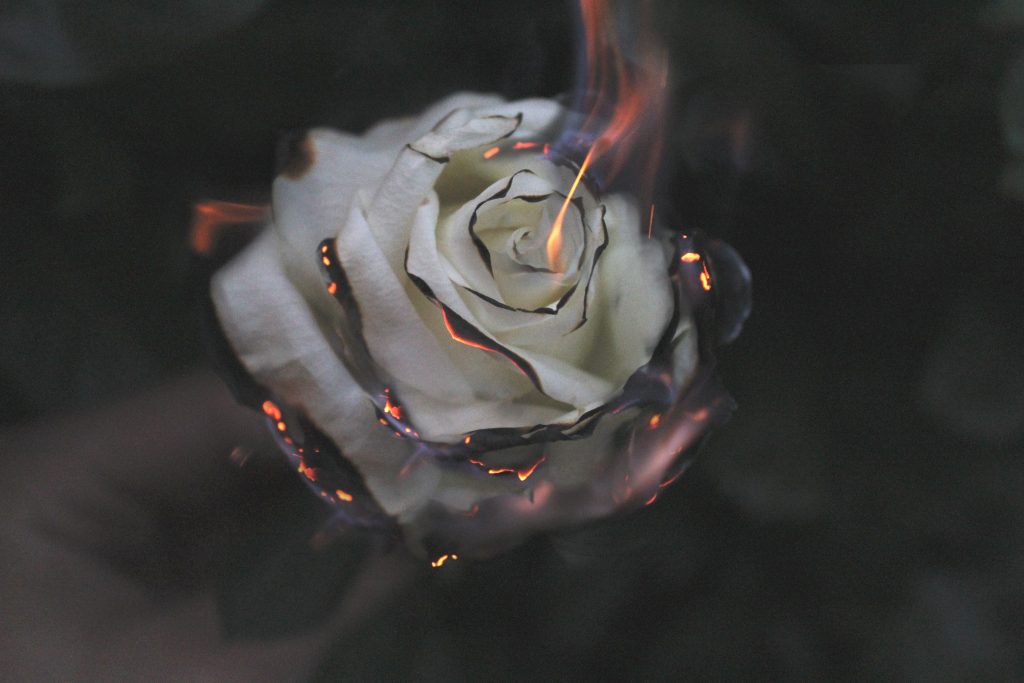 Holy f*cking anger. It beats against the inner wall of your chest like it will either melt you from the inside or blow open your sternum all together. It’s beyond anger. It’s rage.

Anger, rage, it’s intense. It’s powerful. And it’s not a feeling that we let cycle through our emotions very often. We suppress and meditate and tell ourselves not to be angry. And definitely not to let the anger turn to rage.

Anger isn’t high on my list of feelings. It actually took years before I would even let myself experience that feeling, because I hardly knew how to recognize it. And then I had to learn how to handle it when it did rear hot in my life.

I got pretty good at handling it. So I knew that when I woke up from my second rage dream in a matter of weeks something was going on. And yes, apparently rage dreams are a thing. I was so blistering angry in my dream I can still feel my heart pumping from it now. It was like I couldn’t scream loud enough. I couldn’t break and throw enough things. And I wanted out of my own body because I was so angry in my dream. Naturally, I woke up and was like holy heck what’s going on here (and then promptly googled “meaning of rage dreams” to which I got about a million results that said there is no meaning…you’re just angry. Pretty simple. Ha).

Suppressed anger huh? Ok. Ok. Ok. I knew what I was angry about. But I didn’t want to be angry because I wanted it to all be fine. I wanted it over. I wanted to move on from the situation. But clearly I was so mad I was having multiple rage dreams.

So I started asking questions. What am I feeling? Why? Why? Why? Those questions led me to my truth. And that truth led me to an outcome I’m so proud of. Real proud of.

This is the nature of rage. Just like a blazing fire, the intense heat can purify us. If we let it move through us without letting it destroy, rage can be the alchemy of new understanding.

So if you’re feeling RAGE, feel it. Ask what’s going on. Eventually, you’ll get clarity. You just might have to get a little angry first.