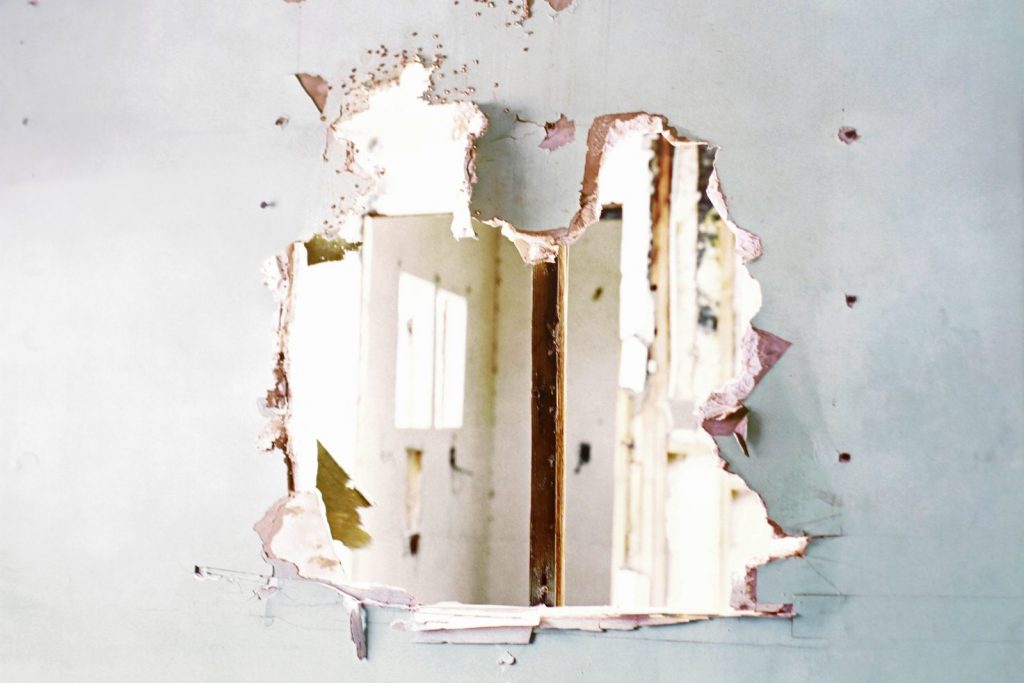 Ten years ago, I definitely considered myself a perfectionist. I feared mistakes like they had 8 legs. Today, not so much. Am I obsessed with doing a great job? Sure. Seeking major value and integrity? Totally. But I’ve messed up enough to know that in the pursuit of anything big, of anything meaningful, the mistakes we make will be major along the way.

Unfortunately, dealing with the aftermath of making a mistake doesn’t get easier. It doesn’t suddenly start feeling any better just because you’re a little more cool with making them now. But you do begin to see them differently. You begin to see them as stepping stones to something developing in your life. They’re signals of where to go next. They might have been avoidable, but now you understand what to avoid and how. Mistakes are really the only way there.

I like looking back. Even at the ugly parts. Even at the parts of my life that still make my chest tight and my tummy clinch a little bit – out of shame, out of embarrassment, out of sadness, out of disappointment. Because in each of those dark pockets of my life is the little hole punched where brightness seeped in. Not because I was trying, but because that’s how brightness works…it finds its way in. Often times through the vessel you didn’t expect, like painful mistakes, regretful missteps, or misunderstood choices.

Like that time I didn’t prep for a dream job interview in the way I should have. I was young, but I’m still embarrassed when I think back of how simple the question was. How ill-prepared I was to answer. And how it all blew up from there. But just when I thought that door was closed, another one in the adjacent building opened.

Or the time I shared something online that had an element of something important to me, but because I didn’t do full research on the subject it was about, I didn’t know the person went against most of what I believed. It was not good. But I forgave me. And was reminded context is everything.

And that time I went against my gut. I took the job even though I knew the person hiring me was about to make my life an actual hell. Hell it was. But I clawed my way out and learned more lessons in a year than I knew could be learned in a lifetime.

And finally that time I should have walked away. That’s what wise women do. When someone is costing us our power. When we know we’re on the losing end of our own generosity. When our heart is literally splintering minute by minute and yet we stay. But that’s OK, because the feeling of knowing your power is often found from the feelings of ignoring it. It can be hard to walk away, until you realize that in doing so, you’re running to yourself.

There’ve been more mistakes in my life than I could fit in a 10-book series. There’ll be more. I’ll sidestep, turn around, fuck up, and want a do-over. But at the end of the day, even in the failures, the brightness will find its way in. As long as we keep showing up. As long as we keep loving on ourselves. As long as we don’t let the mistake tell the story of our past, and rather allow the lesson learned to become our dominating narrative.