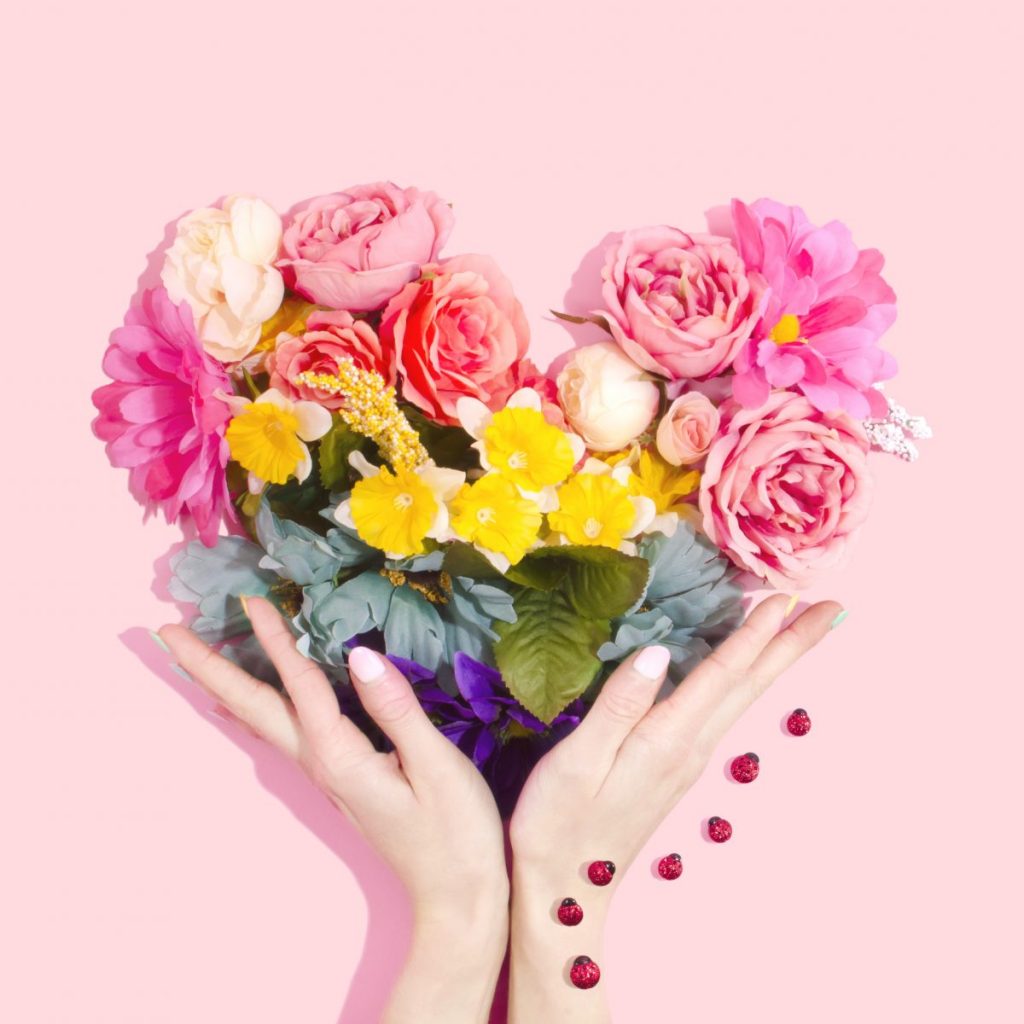 Somedays I’m in the mood to absorb ideas, and inspiration, and thoughts. And honestly, some days (O.K., weeks even), I’m not in the mood at all. I’ll even make efforts to block it out. When I create, I tend to block out other people’s work because it can be confusing and convoluting to the messages and stories I’m trying to synthesize for myself.

Which is probably why I’ve been tearing through books, journals, podcasts, and quotables. I’m in that season. Whichever season you’re in, maybe one of these will find you the way they’ve found me lately:

If nothing is wasted – time spent in that terrible job, time with that person you knew would break your heart on day one, time spent in a city that wasn’t forever – it means it was all for something. It means we can calm down. It means we can take a breath and know that whatever decisions we’re making, whatever choice is ahead of us, whatever we’re scared we might be wasting time on, is getting us to exactly where we’re meant to be. And when I look back on my own life I know that to be true. Nothing was wasted, it all got me here, even the shit stuff. Thus, everything I’m embarking on now…no matter what…isn’t wasted time.

My girl Amy Elisa Jackson pulled this nugget out of Brené on her In Pursuit Podcast.

What do you want to go big on? – Greg Mckeown

Opportunities will come at us. Ones we didn’t see coming. Ones we always wanted to. People will, too. And some of us have nine million ideas that all sound completely magic. You never know which the tidal wave will be, until it’s so close it’s consuming everything. Until you’re in it. But the way to parse out anything to move forward on, or what to always prioritize, is by understanding what you want to go big on. What’s the skill. The talent. The person. What are you willing to bet it all on? What do you want to be known for? I know that answer like crystal fucking clarity, which is why I’ll keep it a part of what I do, until I can’t do anymore.

I got this question from Essentialism, a great read for anyone overwhelmed with how much there is.

Always be in communication. – Professor Harper

After a giving a guest lecture at my alma mater, I had coffee with one of my favorite professors. A man I campaigned, aggressively, to be allowed into his senior course when I was just a sophomore. And thank god I won, not for winning’s sakes, but because it gave me a few extra years to build a relationships with this brilliant man that has spanned the last decade. When meeting for coffee, he hugged me. And when we sat down, he let me know his wife of 63 years had died a few weeks ago. I cried. Because love. Because grief. Because one makes the other.

When I asked what makes love work all those decades, Jimmy said to always be in communication. Share the little things. The reminders. The parts of your day. And I know that it’s the big feelings, that can be made into small conversations, so they don’t ever become big problems by leaving them ignored. I’m committed to that communication more than ever. And am often asking myself, “What am I not saying?” So I go ahead and say it.

There’s many seasons to your life – Erica Williams Simon
I’ve often thought of the “chapters of our lives” – that we can’t always know who we’re going to be, and we sure as hell don’t know what’s going to happen. But when onstage with Erica, and hearing her relay wisdom that was passed to her, I realized that thinking of our life in seasons is such beautiful freedom. Some seasons, we might care a lot about making a shit ton of money, and make tradeoffs because of it. Some seasons, we might value romance above all, and prioritize against that. Some seasons, we might be in overdrive creator mode, and do nothing but make things. This advice reminded me to honor the season you’re in. Stop judging it. Or trying to change it. Instead, relax into it. Because seasons change.

We will take down those walls, brick by brick.– Amy Nelson

Some days, if I’m being fully honest, I wonder if all the work I’ve spent the better part of a decade doing, matters. Are the numbers changing for women? For all women? What’s actually shifting? Did the companies, the books, the events I’ve been a part of…did they do anything? I wonder these things, not often, but enough.

And then I was reminded by Amy, someone who’s shown me what’s possible on many dimensions of business, motherhood, change, and collective pushing that I have rarely seen…I was reminded that the walls that make me doubt, that feel so damn high sometimes, are coming down, but they come down a brick at a time. So I’ll keep working alongside an army of women doing the same. And eventually we’ll see to the other side, easily.

This nugget of advice was part of a much bigger statement from Amy on major challenges in the workplace for working mothers.

It’s the first day of the rest of your life. – My mom
I’ve been saying this out loud, often. Mainly, as a personal pep talk in the mornings. It is something my Mom has always said (because she’s a brilliant good witch). And it’s so damn real. You say it and feel something. Every day is a new day. Every day is the beginning of the rest. Every day is a chance to do something differently, to keep moving things forward, to apologize, to show up differently, to react better, to let it go, to heal. It’s the first day, every day, again.

Life is not a practice. – C. A. A.
I asked someone dear to me for some help brainstorming what my college freshman self would have needed to hear. And this response has stuck with me. Because we don’t get our moments over again. That can either be overwhelming, or it can feel like freedom. I’m often telling myself THIS IS MY LIFE. This isn’t the stage before the life I want to get to. This isn’t the chapter or season before THE ONE. This…right now…this is my life. Each day is the super bowl, truly. Because the present moment is the only one we actually ever have or experience. So, if we treat it like it doesn’t matter, we’re getting it wrong. We’ve got to treat our moments, our people, our choices, our existence, our day, like it’s not to be taken for granted. Because it’s all we get.

Know what is sacred. And to everything else, say “I don’t care.” – Liz Gilbert

I said “I don’t care” and I felt my whole body relax. Try it. But it’s only possible to say “I don’t care” and mean it, if you know what you do care about. I was in the audience for Liz’s speech and she drew a beautiful circle in the air around her, and said: this is what’s sacred. Know what goes in here. So I did that exercise, not just in the values, but down all the way to the names. I know who is blissfully, sacred to me right now. I know the parts of my week that are sacred. I know the issues. And everything else? It was permission to care a little less.